How to Give Feedback to Employees 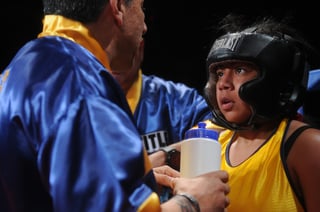 Am I doing everything right? Is there anything I should be doing differently? With little feedback, I’m not confident that I’m performing at the caliber expected of me. I would also like to know whether I’m on the right track or not with my projects. The last thing I want to do is screw something up and become a hindrance to the company instead of a help to it. The worry often eats away at me and it’s hard to focus or work efficiently when that happens, but I’m afraid to ask for feedback because it’s not a topic that comes naturally in conversation.

Although it may not seem so, giving constructive feedback is one of those things that is easier said than done. I’m afraid of how I come off to you, as well as your resulting reactions to my feedback. What if it angers you and you get distracted from your work due to the frustration? What if you get upset? What if you think I’m wrong? Saying the wrong thing to a certain employee can unintentionally strain relationships --something I’d like to avoid when possible. I’m optimistic about our team and like to think that you will eventually figure out what you’re doing wrong, if anything, and self-correct.

So there you have it. One of the biggest problems in corporate environments: lack of feedback, or more specifically, fear of feedback. The truth about feedback for emmployees is that it is a necessity. It’s crucial to fostering both personal and company growth. For those who are fearful, this is what Stanford Business Insight’s Carole Robin has to say: “The reality is that feedback can actually strengthen a relationship, because knowing that another person is going to tell it to you straight creates and builds trust.”

Here are a few pointers for managers or any colleagues on how to give feedback to employees:

1.  Get to know your people

Have casual conversations with your colleagues to get to know them better. It is helpful to know how people react to feedback before you start giving it on a regular basis. Some people like to know exactly what they need to fix in great detail. Others find that offensive and would rather try to tackle problems on their own once they’ve been identified. Additionally, some people thrive on receiving constant feedback while others only want to hear it once in a while. It all depends on personality type.

This corny thing that you learned in middle school still applies to life as a working person. Using the word “you” feels like a direct attack. By starting your sentences with “I” you are confirming that this is how you personally see the situation, although you may be perceiving it wrongly. It gives the feedback receiver room to either agree or disagree and explain why.

Why are you giving them this feedback? What’s the end goal? By having a goal, colleagues will know that you’re not just picking on them, but have a legitimate reason for your constructive feedback. Additionally, organizational goals will help individuals clearly see why they are needed in the company and how they contribute to the bigger picture.

4.  Ask for confirmation of understanding

Make sure the feedback that you’re sending is being received in the way that you intended it to. Ask your team member if they understand what you’re looking for. Perhaps make a plan with that person to execute what you’re asking for. Don’t be afraid to check in with them after some time to make sure they’re back on the right track.

For team members, if you feel that your managers are not reaching out to you as much as you would like, try the following:

1.  Get to know your manager

Think about your strengths and weaknesses and ustilize your self-assessment when asking your boss for feedback. For example, I believe I’ve been doing well in terms of reaching out to customers, but think I may be struggling in engaging them and getting them to come back. What can I change to do better?

It’s likely that your managers hold periodic employee feedback sessions. Anticipate receiving less feedback than you hope to receive, and come to the meeting with a list of questions ready. Especially if your manager doesn’t dish out feedback on a regular basis, this is your chance to get the most out of them. Ask them specifics about certain projects you’re working on or for feedback on a completed project. You can even take this time as an opportunity to schedule future feedback sessions aside from the ones that your manager already implements.

For everyone on the team, it’s important to make feedback a norm in everyday life at the office. Feedback could be as short as a single word or something a little longer like “let’s try this.” Once feedback starts to get tossed around, it won’t be seen as such a negative thing; and to that point, remember that feedback does not necessarily have to be about something bad. Positive feedback should absolutely be a part of daily conversation. Reinforcing a colleague's hard work is motivating and boosts morale, ultimately increasing productivity.

Aya Tsuruta is a Content Marketing Journalist at Repsly where she covers sales and marketing content through a creative lens. In addition to writing for Repsly, she is a frequent contributor to the music blog, Indie Music Filter, and BC magazine, the Gavel.

LinkedIn
Add to the conversation below