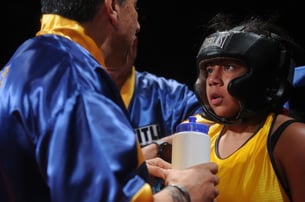 Monetary incentives for employees is the most common method companies use to motivate workers. While there are no employees that would claim that they are not motivated by monetary incentives, it is worth considering if this is the most effective method of motivation for companies. Especially for companies that hire remote workers, motivation is particularly an issue because of the lack of supervision that office workers have. Because they must hold themselves accountable to their own work, they need to be self-motivated in order to be productive. Productivity is the fuel of a business - with productive workers, your business will run more efficiently. So what are the most effective productivity incentives?
Your first thought, naturally, might be monetary incentives. But consider the results of this study done by Harvard University Economics Professor Sendhil Mullainathan:
Workers were offered a choice: They could be paid 2 rupees for every 100 data fields entered, which was the salary they were already earning. Alternatively, they could pick a target number of data fields to enter (for example, 5000), and would be paid the the 2 rupee rate if they reached or surpassed the target but only half the amount (1 rupee per 100 data fields) if they did not reach the target. Even though the second choice would pay workers the same amount or less than the first choice, workers consistently chose the second one. In the end, those who chose the second choice were more productive, which may seem counterintuitive.
Why would workers choose an option that would earn them less money?
They claimed that it would motivate them to reach the target. As is seen in this case, monetary incentives do not always have an effect on employee productivity.
What does then?
According to Mullainathan, it’s being able to choose. Intrinsic motivators increase productivity more than external motivators do- since the workers were able to choose their own targets, they motivated themselves to choose a goal and worked hard to reach it.
What we learned is this- in order to create a cycle of self-motivation, you should try and establish as much internal motivation in your field reps as possible. According to organizational behavior researchers Hackman and Oldham, when you have intrinsically motivated workers, they have positive feelings for their job, which will perpetuate a cycle of productivity. One of the key components of their job characteristics model is “experienced responsibility.” In other words, autonomy in a job is important to creating internal motivation. When a field rep has freedom of choice and feels like they have more say in their job, then they will be more motivated.
Another good way to increase intrinsic motivation is through job rotation. Workers enjoy variety; they don’t want to feel like they are doing the same repetitive task day after day. You can implement this with your field reps by rotating them around different clients. Switching up their routines will give them a good variation on different tasks. Similarly, job enrichment also adds variety by modifying the job, increasing the field rep’s autonomy and responsibilities. This encourages advancement and recognition in the workplace, which is to the field rep’s benefit. One well-known example is Atlassian, who gives their employees 24 hours of freedom to work on whatever project they want. This fosters creativity and has resulted on some of the best innovations in the company, as well as improving worker productivity and motivation. While this isn’t the solution for everyone, especially not a field-service business, it goes to show that if you provide your workers with a little autonomy, it can go far in motivating field reps.
All in all, aim to instill internal motivation in your field reps if you want to create long-term productivity. While monetary incentives may seem to be helpful, it is not sustainable in the long haul, nor is it the best way of managing field rep productivity. By making sure your field reps are intrinsically motivated, you can ensure maximum productivity.

Nancy Chen is a Content Marketing Intern at Repsly, Inc. and is currently completing a Marketing degree at Northeastern University. A contributor to the national online publication Spoon University, she is experienced in delivering knowledgable, quality material to readers.

For CPG brands mastering the retail channel is a massive opportunity, but those who have played in the space before know it takes a committed investment to reap the benefits. To make the most of..

How Walmart Vendors Can Find Sales Opportunities Faster in Repsly

With nearly 5,000 Walmart stores in the U.S, offering in-store support for your brand can be expensive. But sending sales reps to do routine audits and merchandising can give your brand an..

How Kroger Vendors Can Find Sales Opportunities Faster in Repsly

One of the biggest challenges of selling to Kroger is also the biggest opportunity: there are nearly 3,000 Kroger store locations in the U.S, and many of them are among the busiest stores in the..